Supporting local merchants one gift at a time! 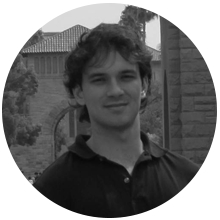 Aldo Briano is the co-founder and product lead for Yiftee, a social gifting app that provides a different kind of gifting experience by supporting local merchants.

I sat down with Aldo to talk about the creation of this exciting new app, coolest features, how he uses it, and why we all need to start "yifting".

You created Yiftee™  during your final year at Stanford University, what's your background and have you always been involved in app development?

I’ve always been fascinated with technology, especially computers and programming.   My first programming adventures where with Visual Basic, when I was 12 years old. Since then I’ve always been a “geek” :) My undergraduate degree was Computer Engineering, where I specialized in Software Systems.  I like building products that are consumer facing, from mobile apps to embedded systems with microcontrollers.

Can you explain in a few words the idea behind this gifting app and how it all started?

We began the concept in 2011, during the peak of the daily deals industry.  We interviewed around 120 local shops and restaurants and noticed that these “deals” were hurting them rather than helping. The economics were not favorable for them and in addition, brought bargain hunters to their stores instead of loyal customers.  We worked with them to create a product that would require no discounting, bring traffic into the store, and require no special IT.  Gifting was a natural fit because consumers were already spending money to send their friends virtual gifts on social networks; so we thought, why wouldn’t someone spend $5 to send a real gift instead?! We position our product as a gifting platform that not only allows you to send real gifts to your friends and family, but also supports your local community at the same time.

Can you convince the reader to start "Yifting" in one sentence?

If you are tired of boring facebook wall posts, delight your friend with a beer at their favorite local pub.

You are from Puerto Rico, but live in San Francisco, do you ever use Yiftee™ to send gifts to friends and family back home?

I send them gifts all the time!  That’s the beauty of the product, you can be 3,000 miles away from a friend, but still be able to treat them to a nice dinner and make their day.  My biggest use has been sending my friends in Puerto Rico on their birthdays a beer….. or two.

Yiftee™  is a great way to support local merchants. It has won numerous awards including the Twilio Award in San Francisco andan Appy Award - do you feel that it got the feedback and growth you expected since its launch?

Definitely!  I think the most rewarding feedback has been from our own users who send an unexpected surprise that makes their friends’ day and then they tell us about it.

The Gifts API (developers.yiftee.com) is the coolest feature we’ve developed.  It allows any app or website to add gifting with just a few lines of code.  The integration takes just minutes and Yiftee shares the revenue with the developer on each gift sold.   Imagine that on an online dating app there is someone you like, and are able to send them a real cup of coffee with a message to meetup.  Or from your calendar app, when it tells you its your friend’s birthday, be able to send a gift right there. This feature was built from inbound requests of other startups that wanted to add gifting to their apps. We immediately realized that we were onto something.  We call it “Facebook Gifts” for everyone else.

What's the biggest milestone you had to overcome as a company?

The biggest milestone was our national launch in December 12, 2012.  It was dependent on a partnership with MasterCard that allowed us to launch with 2 million merchants nationwide.

What's next for Yiftee™, do you plan a global expansion now that Yiftee is available in the USA and Puerto Rico?

Global expansion is not in our current plans.  In the USA alone, there are $110 billion dollars of gift cards sold and we want to bring that to every app and website, from calendar apps, to social networks, to e-greeting card, to enterprise applications.  First we will work on gift-enabling the USA, and then expanding international.

What is the best advice you have ever been given?

“Build a bigger pie”, What that means is that if you enable others to succeed, you’ll be more successful yourself.

Do you have any favorite business or related books that you can recommend to other entrepreneurs?

“Lean Startup” by Eric Ries, is a great book when you are starting your own company. It gives you a methodology to rapidly get your product in front of customers and get valuable feedback to iterate and improve.

What do you consider the best opportunity / language for young web developers to be getting involved in right now?

Young developers should focus on mobile (any language really, Android, iOS, etc).  Mobile application programming lets you learn all the different aspects of software development in a tightly controlled framework.  This allows young developers to learn about interfacing with web APIs, UI, databases, etc, in an easy way.

I’m excited about gift-enabling every app and website available.  I think our Gifting Platform will bring a lot of value to developers, giving them a way to monetize their users and differentiate from their competitors.  This means I’ll be immersed in hackathons and developer conferences spreading the message of gifts as a new monetization channel.

Desk.com
Boosting the efficiency of your customer support
Interview: 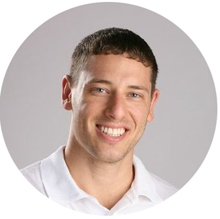 Jordan Fliegel ,
CoachUp
Reviews & Comments:
No comments
Have your say