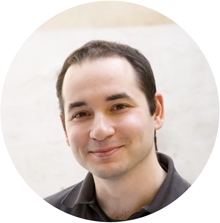 Jumpido is innovative educational software for primary school, which promotes physical activity. With Jumpido the students solve the same type of math problems they solve with pen and paper, but in order the kids to reach to the correct answer, they have to physically move and play with each other! We are able to track the movement of the players by using Kinect for Windows.

What was the inspiration behind the idea for Jumpido and why did you decide to focus on educational tools?

At the moment, the society has incredible opportunities to improve education and life in general using technologies. However, it seems that there isn’t a universal solution for education technologies – different educational systems use different approaches and tools. Therefore, we wanted to focus on the universal issues – math education, physical activity and play. Using this game based approach we also try to battle one other increasingly big problem – child obesity.

Why do teachers and students both love Jumpido so much?

Jumpido is different, Jumpido is fun. And provides results. We all know that the children are full of energy and when they play, they are happy. With Jumpido they do that – they play, but in the same time improve their math skills. Moreover, the students can work and play in pairs, which is in contrast with most other technologies that rely on individual assignments. This is also the reason why teachers love using Jumpido in classrooms as well. 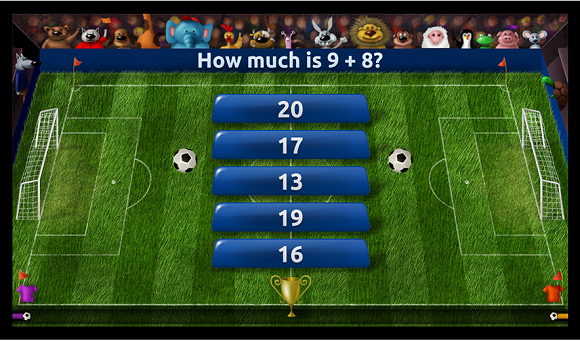 How is Jumpido different from other similar educational methods?

There is no other educational tool that requires the students to be physically active and have such high educational value. Moreover, by playing Jumpido the kids develop their motor skills in addition to their math knowledge.
We also offer adaptive content, which means the program adapts to the student's current level. If the software detects the players are doing well it gives them more difficult questions and vice versa. This way both the adaptive and automatically generated content allow each game to be replayed again and again and it will be different every time.

Can you briefly describe the team behind Jumpido?

Jumpido is founded by Kiril Rusev (CEO), Nikola Kosev (CTO) and Dilyan Rusev (Lead Developer). They are also founders of one other successful educational software called Envision, which is used by 15% of the Bulgarian schools and other in Europe and the USA. The other two team members are Dimitar Stankov and Georgi Dyankov, who are responsible for the business development.

What languages is Jumpido available in?

At the moment Jumpido is available in English, Dutch, Spanish, Turkish, Macedonian, Lithuanian, Serbian and Bulgarian and we are increasing this list as we enter new markets.

What's the biggest milestone you had to overcome as a company?

It was creating a product that is combining the game-based approach with high educational value. It is very difficult to strike the right balance between fun and problem solving. We wanted the games to be exciting and engaging, but in the same time to let the students practice mathematics effectively. We have achieved that with the help of many professionals from the educational sector alongside our great development team.

Jumpido has won numerous awards including Forbes' Start-up of the Year and it has been selected as a finalist at the Bett Show Awards - do you feel that it got the feedback and growth you expected since its launch?

Indeed, this are just a few of the awards and recognitions we have received. Actually, the most recent news is that we are also among the final five at Sanoma startup challenge, which will be held at the end of April. We knew we have a winner with Jumpido, but definitely didn’t expect such great and rapid reception. 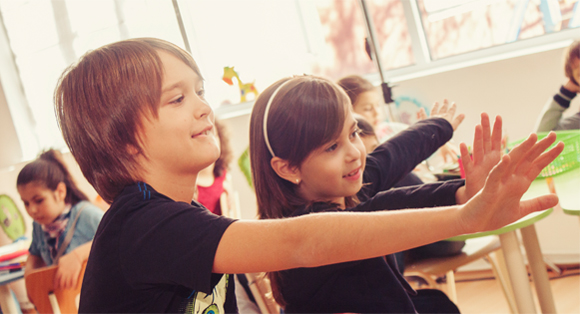 What is Jumpido's coolest feature in your opinion?

It is difficult to pick just one. The motion tracking capabilities and the wide range of physical movement that are required in order to play the different games are amazing features. However, the adaptive content is a very cool as well! I also have to mention that Jumpido suitable for children with various math skills and promotes team play. I cannot really pick just one.

What are your goals for Jumpido over the next year or so?

We have already proven that Jumpido works, that is effective and fun to use. From the business side of things, now we want to access more international markets and provide Jumpido to as many schools as possible. Additionally, soon we will offer an exciting new product for the kindergarten. There is also one very interesting direction in which we are planning to grow, unfortunately I cannot share more details at this point, but there will be news about this within few months.

Uni-eCart
A stylish and efficient script for your online shop
Interview: 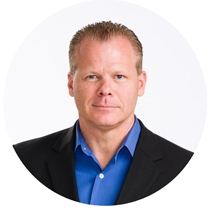 John Thomas,
Deductr
Reviews & Comments:
No comments
Have your say